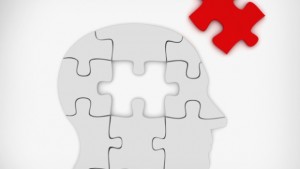 With the release of the fifth edition of the so-called psychiatrist’s bible — the “Diagnostic and Statistical Manual of Mental Disorders (DSM),” days away, the controversy surrounding the new publication is heating up.

The National Institute of Mental Health (NIMH) and the American Psychiatric Association (APA), which publishes the DSM, issued a clarifying statement Tuesday saying that they were working together to ensure that people with mental disorders would have better diagnostic resources available to them. However, while they emphasized that the new version, dubbed the “DSM-5,” will have the most up-to-date information for clinical diagnoses of mental disorders, the NIMH did not waver from its initial ruling that it would no longer use diagnoses listed in the DSM for its’ funded studies.
NIMH director Thomas Insel wrote in a statement earlier in May that the NIMH felt the proposed definitions for psychiatric disorders were too broad and ignore smaller disorders that were lumped in with a larger diagnosis.