You are here: Home / Archives for bronchitis 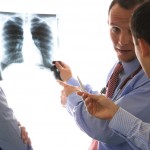 After a cold or flu, the two main branches of your respiratory tract, your bronchi, often become irritated and inflamed, says Alan Brauer, M.D., director of TotalCare Medical Center in Palo Alto, California, one of the nation’s oldest clinics to combine mainstream and complementary medicine. That, in turn, impairs the ability of the tiny hairs that line the bronchi (cilia) to sweep mucus and other debris out of your respiratory tract. With your bronchi inflamed and your cilia handicapped, the only way your body can keep your bronchi clear is to cough. Hence, bronchitis, which may last a week or two.

END_OF_DOCUMENT_TOKEN_TO_BE_REPLACED

According to a report in the January issue of Archives of Internal Medicine, chronic bronchitis is more likely to develop in habitual snorers.

From 2001 to 2003, Inkyung Baik, Ph.D., of the Korea University Ansan Hospital, Republic of Korea, and colleagues monitored 4,270 people—52% men, 48% women. The men and women gave demographic information, health conditions, family disease history and lifestyle, and how often they snored. They were re-interviewed every year through 2006, and were classified as developing chronic bronchitis if they reported having a cough and sputum on most days for at least three months per year, for at least two years.

314 people developed chronic bronchitis during four years of follow-up. Individuals who snored regularly were more likely to develop bronchitis than those who did not.