Cardiac arrests that can be treated by electric stimulation, also known as shockable arrests, were found at a higher frequency in public settings than in the home, according to a recent study.

The study compared home and public cardiac arrests under various scenarios. For example, the study considered whether bystanders or emergency medical services (EMS) personnel witnessed the cardiac arrest, and whether the person experiencing the arrest received treatment with an automatic external defibrillator (AED). END_OF_DOCUMENT_TOKEN_TO_BE_REPLACED

The number of Americans who report being aware of chronic obstructive pulmonary disease, or COPD, increased by 4 percentage points between 2008 and 2010, but many people at risk are still unaware of the disease, according to mailed survey results released today by the National Heart, Lung, and Blood Institute (NHLBI), part of the National Institutes of Health.

Sixty-nine percent of adults said they are aware of COPD. However, up to 30 percent of Americans reported that they were unaware of the condition. Awareness increased steadily among current and former smokers as well as nonsmokers. END_OF_DOCUMENT_TOKEN_TO_BE_REPLACED 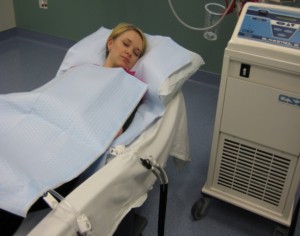 Strokes, heart attacks, and cardiac arrest are usually the result of cholesterol-rich plaque deposits in the arteries going to the brain and heart.
They occur, when a particular activity triggers them.

Stressful physical exertion, anger, waking up from sleep, and certain infections are some of the triggers that top the list.
While most heart patients perform each of the above activities at one point or another, knowing the triggers can help you take measures to prevent them or control their intensity when they occur.

Atherosclerotic heart disease due to high cholesterol is one of the main causes of fatalities and disabilities around the world. However, following a healthy lifestyle goes a long way in lowering LDL cholesterol and preventing heart problems.

To meet healthy cholesterol level goals, there are step-by-step guidelines outlined by the National Cholesterol Education Project. Following a healthy diet that is low in trans and saturated fats and including exercising in your daily routine is the key. For better results, you can go in for effective medicines available today to accomplish the remaining task.