You are here: Home / Archives for Health & Medical News / Food 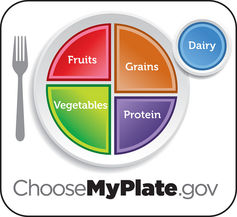 The Dietary Guidelines provide recommendations on food and physical activity for Americans aged two and older and are the driving force behind federal nutrition policy, education, outreach and food assistance programs, including school breakfast and lunch programs. The Guidelines are used by both the public and industry, and by a wide variety of nutrition educators, health professionals and government agencies. END_OF_DOCUMENT_TOKEN_TO_BE_REPLACED

By Richard Stevens, Professor, School of Medicine at University of Connecticut

Iron is a most versatile element. It is essential to many of the enzymes that are the engines for life, and in mammals is also used to carry oxygen on hemoglobin in blood. Remember Popeye and his spinach: all that iron made him strong.

But the very quality that makes iron so useful also makes it dangerous. Iron can easily lose or gain one electron going from the ferrous (Fe++) to the ferric (Fe+++) state, back and forth indefinitely. This is how it carries oxygen, for example. END_OF_DOCUMENT_TOKEN_TO_BE_REPLACED

About sixteen percent of Americans, or 48 million people get sick each year from food-borne illness. Of those, 128,000 are hospitalized, and 3,000 die each year from the disease, according to a recent report from the Centers for Disease Control CDC).

“We’ve made progress in better understanding the burden of foodborne illness and unfortunately, far too many people continue to get sick from the food they eat,” said CDC Director Thomas Frieden, M.D, M.P.H. “These estimates provide valuable information to help CDC and its partners set priorities and further reduce illnesses from food.” END_OF_DOCUMENT_TOKEN_TO_BE_REPLACED

A total of 1,097 foodborne disease outbreaks were reported in 2007 to the Centers for Disease Control and Prevention, according to a CDC analysis. State investigators reported 21,244 illnesses and 18 deaths as a result of these outbreaks. The report also provides the most recent data on how many illnesses were linked to specific types of foods.

“Knowing more about what types of foods and foodborne agents have caused outbreaks can help guide public health and the food industry in developing measures to effectively control and prevent infections and help people stay healthy,” said Chris Braden, acting director of the CDC’s Division of Foodborne, Waterborne and Environmental Diseases.

Foodborne disease outbreaks due to norovirus occur most often when infected food handlers do not wash their hands well after using the toilet; outbreaks due to salmonella occur most often when foods are contaminated with animal feces. Contaminated foods are often of animal origin, such as beef, poultry, milk, or eggs. But any food, including vegetables, may become contaminated. Thorough cooking kills Salmonella.

The report states that in the 235 outbreaks where one food commodity was identified, the largest number of illnesses listed poultry (691 illnesses), beef (667 illnesses), and leafy vegetables (590 illnesses) as the cause. The CDC tracks 17 food commodity categories.

A new study finds that although the demand for antibiotic-free pigs is increasing, pigs raised without antibiotics are more likely to have bacteria and parasites.

Pigs raised outdoors without antibiotics had higher rates of three food-borne pathogens than pigs on conventional farms, according to a comparison made between antibiotic-free and conventional methods.

The U.S. Department of Agriculture recommends that consumers cook fresh pork to an internal temperature of 160 degrees Fahrenheit, since thorough cooking ensures that these infectious agents in food animals should pose no risk to human health. Gebreyes won’t recommend one type of pork production practice over another.

“We are just doing the science and showing the results,” he said. “Does having an antibiotic-free and animal-friendly environment cause the re-emergence of historically significant pathogens? I think that is an extremely important question for consumers, policymakers and researchers to consider.”

In an earlier published paper, Ian Philips, et al., wrote “The use of antibiotics in food animals selects for bacteria resistant to antibiotics used in humans, and these might spread via the food to humans and cause human infection, hence the banning of growth-promoters. The actual danger seems small, and there might be disadvantages to human and to animal health. The low dosages used for growth promotion are an unquantified hazard. Although some antibiotics are used both in animals and humans, most of the resistance problem in humans has arisen from human use. Resistance can be selected in food animals, and resistant bacteria can contaminate animal-derived food, but adequate cooking destroys them. How often they colonize the human gut, and transfer resistance genes is not known.”

It’s important to note that the study was funded by a grant from the National Pork Board. The results were published in a recent issue of the journal Foodborne Pathogens and Disease.

"He took a bite of the cookie and he said to his friend, ‘I shouldn’t have eaten that,’" said his mother. Severely allergic to peanuts, the 16-year-old from western Massachusetts made the dire mistake of not asking about the ingredients. Within minutes he developed a severe allergic reaction to the cookie, which contained peanuts.

Several studies have linked soda drinking–including diet soda– with diabetes and metabolic syndrome, a series of conditions such as obesity, high cholesterol, and high blood pressure.

According to the American Heart Association, people with metabolic syndrome are at increased risk of coronary heart disease and other diseases related to plaque buildups in artery walls.

One of the most recent studies was unique in that it included a large populations–about 6,000 individuals who were part of the Framingham Heart Study that has been following patients since 1948 in the town of Framingham, MA.